In August, this town is small will facilitate an artist residency project, small town collaborations, that will combine the minds and hands of six contemporary artists from varied professional backgrounds. The project will run from August 8 – 29th and will be centered in downtown Charlottetown. small town collaborations will  include public workshops and open studio hours welcoming Islanders and visitors to learn new skills and witness the creative process.

There are two residency components in this project: the first residency will run for three weeks, August 8 – 29th and result in a collaborative art piece that will be exhibited in Connaught Square during the Art in the Open Festival at the end of August. The participating artists, Holly McGee (PE), Norma Jean MacLean (PE), and Valerie Salez (NS) will have the opportunity to study with a local First-Nations basket weaver and present a public workshop during their open studio hours. The second component of the small town collaborations project will run for one week, August 21- 28, and conclude with a performance artwork that will be presented August 27th during the Art in the Open Festival. The collaborating artists are Jamie Shannon (Ont), Harmony Wagner (PE), and Megan Stewart (PE).

“small town collaborations is a project that will encourage the sharing of knowledge and technical skill sets between contemporary artists from varied professional levels, artistic mediums and historical backgrounds.” says Becka Viau, project coordinator for this town is small inc. “The artists involved really do bring an eclectic array of artistic practices with them. I am excited to see what will come out of the combination of creative minds and short timelines.”

*** check back often to see the progress of the residencies, workshop times and studio locations!

small town collaborations is supported by the Community Cultural Partnership Program through the Provincial Department of Culture and Tourism, the Native Council of PEI and the City of Charlottetown’s Cultural Capital Designation.

“Her work is a bizarre and sincere conflation of opposites”.  Murry Whyte Toronto Star

As both an artist and person Valerie Salez celebrates creative tangents that deny categorical chains. Directionless meanderings, spontaneity, obsession, inquistivness, dreams, the unknown and the yet-to-be-discovered lead her life and practice by the hand. Artistic engagement takes form in a multitude of ways. Performance in the vain of psychogeographic interventions and Situationist style musings are used, for instance, to ‘shovel snow’. Public engagement, both suspected and unsuspected, are often involved in Salez’s artworks.

She has declared and built a Micro-Nation, made squats for the homeless, wraps antlers in vintage lace, fills teacups with fur and covers large industrial landscapes with knitted afgan blankets. A 2D studio-based practice allow for a more interior art making process resulting in large collage works and stop frame animations.

Valerie Salez received a BFA from Nova Scotia College of Art & Design University in 2002 and has exhibited and spoke about her work throughout Canada, in Japan, Germany and England.  She grew up in the Yukon and currently dwells in Halifax, Nova Scotia. 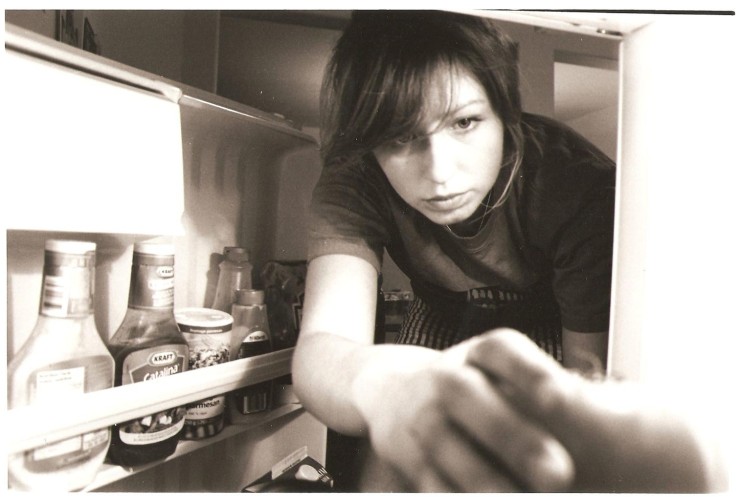 “A 2011 graduate of NSCAD University, and Bloomfield PEI native, Norma Jean returns to Charlottetown to bring her conceptual paint, printmaking and installation experience to Art At Night.  She has exhibited in both group and solo exhibitions at NSCAD’s Anna Leonowens, and Port Loggia, Galleries and currently has work in Shauna McCaube’s, Rural Readymade on display at the Confederation Centre Art Gallery.  Topics of technological dependence, rural abandon and the reimaginning of spaces, have all been incorporated into recent works. In addition to a Fine Art degree Norma Jean also has a degree in Biology and Physics from UPEI, bringing a scientific background to the artwork she creates.” 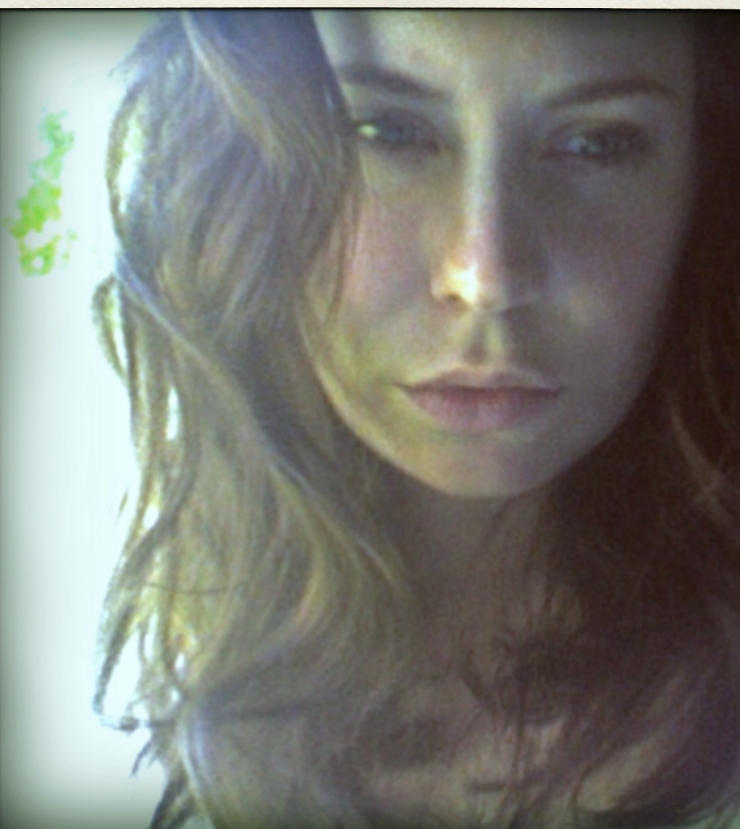 Holly McGee is a fibre artist going into her 2nd year at NBCCD. She is interested in exploring nature and the interaction with our surrounding environment, expressing thought and dialogue through fibre. 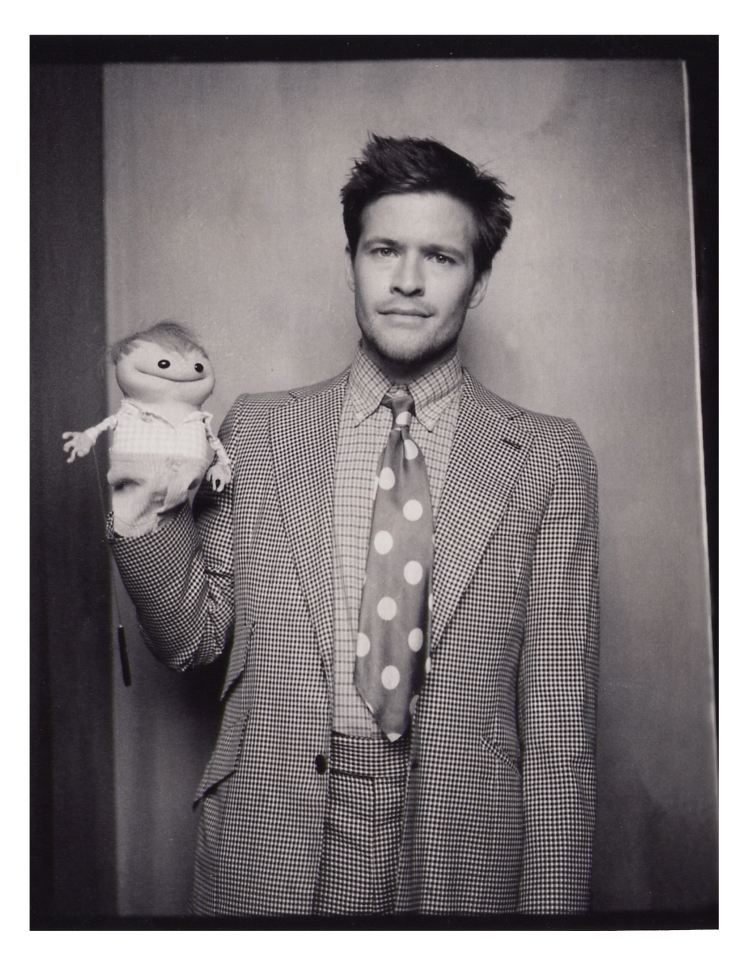 Jamie Shannon is a Toronto born artist that specializes in bringing the inanimate to life. He teaches workshops, creates events of public intervention and hosts gallery spaces.  Jamie is also a writer, director and producer of films and television.

Most recently he built and lead a team of 5 puppeteers on the film Higglety Pigglety Pop, produced by Spike Jonze.   Performed an object based puppet show at the Don Blanch residency and exhibited his puppet creations at the Mikhail Zakin Gallery in New York.

Jamie’s television series such as Big and Small, Mr. Meaty, Swami Jeff and The Grogs appear on broadcasters worldwide. The preschool series nanalan’, loved across the globe, won two Gemini awards: “Best Writing” and “Best Performance in a Preschool Series”.

Born into a family of clowns, Harmony Wagner has always had a penchant for making people laugh, making people cry and wearing many different hats.  She is vice-president of Periscope Pictures and producer and writer of the preschool web series Bunny Bop! She produced Jason Rogerson’s short film “Lucky Seven”, winner of the CBC Maritimes 2010 3-2-1 Award and makes her directorial debut in the short film psychological thriller Vast.

Harmony’s feature-length comedy Honeynuts was selected for the 2009 PEI Screenwriter’s Bootcamp and is now in development with Telefilm.   She was head writer for TELOS’ social-networking massive multi-player online game, City of Sinners and Saints and has written for  children’s television shows Big Comfy Couch and Panda Bear Daycare. Her screen story:  You’re Not the Boss of Me, was short-listed for the 1999 Writer’s Guild of Canada Awards.  Harmony developed the series bible for an interactive kid’s web/TV series, The Amazing Travelling Friendship Fair, for Mugisha Enterprises and has worked as a writing consultant for script and series development for Radical Sheep Productions, Dream Street Pictures and Flying Point Productions. 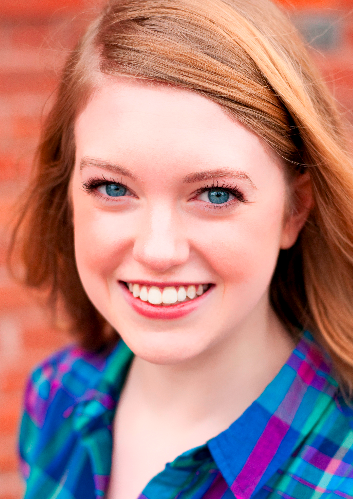 Megan Stewart is a theatre artist from Prince Edward Island, living and working in Montreal, Quebec. She graduated from McGill University in 2010 with a BA in Theatre and Art History. She has an extensive background in acting and performance, including study in clown, viewpoints, musical theatre and dance. She has designed costumes for two McGill productions and has recently rediscovered her interest in puppetry, thanks to a summer puppet workshop with Jamie Shannon, in PEI, and a six-month workshop in contemporary puppetry arts with Clea Minaker, in Montreal.

Since graduating, Megan has mounted and performed a one-woman show, Life Science, by Morris Panych; she acted in a children’s pantomime production of Aladdin; and she taught drama to 24 rambunctious children at a private school in Westmount. She has also spent time developing two original performance pieces. The first is a colourful mess called My Favourite Words and the second is a whimsical puppetry performance, The Chicken Tap Dance. She is interested in unique theatrical events – especially those combining theatre and food – as well as theatrical experiments that implicate the audience as players themselves. With the Montreal independent theatre company {productions} of the forest, she organizes dinner&theatre – evenings of performance making centered around potluck dinners.